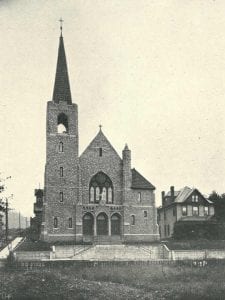 On September 26, 1902, a small group of residents met at Chester City Hall and proposed a new Catholic church and school. It was later decided in November at a meeting at the Hotel Chester that lots owned by Mr. Wetzel of The Rolling Mill Land Company would be purchased at $500.00 each at the corner of Fifth and Indiana. At the time there were very few families in Chester so instead of building a church immediately, services were held at the home of Patrick Burns. The first pastor was Rev. William J. Sauer who lived at the Hotel Chester on the corner of Ninth Street and Plutus Ave until construction of a building could begin.

In 1903, a church fair was held at Rock Springs Park Pavilion to raise money for a building. Over $1,800.00 was raised and work began on constructing a parochial residence with the lower floor being used as a chapel. Jacob Weisend completed the residence in August at the sum of $2,800.00. While the residence was being built, the chapel was moved from the Burns’ home to the Hotel Chester by permission of proprietor Mrs. K. L. Smith.

By March of 1905, the residence had become too small for the growing congregation so a chapel and school was constructed, again by Jacob Weisend. It was completed on October 19, 1905. The school portion opened on September 19, 1908 with sixty-five students.

On December 15, 1912, the church celebrated its 10th anniversary at the McDonald Hall on the corner of Fifth and Carolina. It was during this year that talk had begun about building a large church, but in the years that followed there were obstacles. There was a flu epidemic in 1916 which closed many churches for a brief period of time, and building materials were more expensive during World War I.

In September 1923, the Sacred Heart Convent opened. Finally, on January 11, 1925, the decision was made to build a new church after debating the issue for over a decade. Ground was broken on June 1925 with Albert Mader as the architect and contractor. A bell was purchased from the Maneely Bell Company of Troy, New York for $1,050.00 and the Sacred Heart Catholic Church was dedicated on October 31, 1926.

A more complete and thorough history of Sacred Heart can be found in the fifty-two page work, The Twenty-Fifth Anniversary Sacred Heart Church, 1902-1927 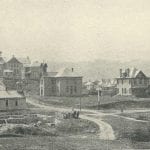 Before the church was constructed, circa 1910. 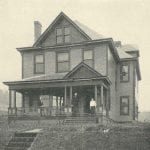 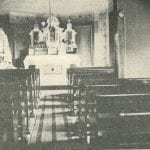 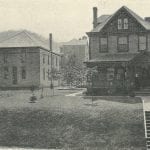 Rectory and School before church was constructed, circa 1910 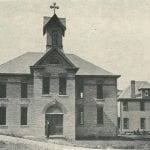 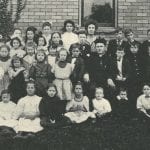 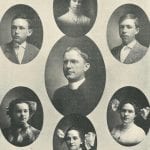 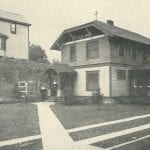 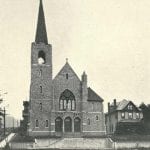 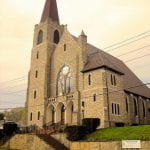 Inside the Sacred Heart Church, 1926 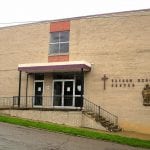 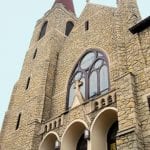 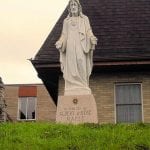